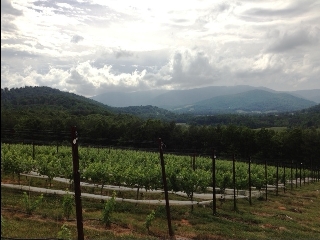 Since Thomas Jefferson first tried to cultivate European vinifera in Virginia, the state has been a decided piece of American wine country. Over the years better knowledge, equipment and materials have all contributed to an advancing wine industry, but the more recent decade or two has brought out the real potential that can be found.

Virginia has become the 5th largest wine producing region in the United States (tied with Texas). This growth and momentum as been spearheaded by Governor Bob McDonnell and the First Lady Maureen McDonnell, the Secretary of Agriculture Todd Haymore, and the many talented winemakers and winegrape growers across the state. Last year, sales of Virginia wine reached an all-time high with nearly 485,000 cases of wine sold across the United States and internationally.

In 2012, Jean and Steve Case, owners of Early Mountain Vineyard, launched the Best of Virginia wine program, showcasing select wines from around the state at their winery. The program was designed to increase public awareness of the quality of top Virginia in order to grow Virginia wine sales within the Mid-Atlantic, nationally and eventually globally. Leading winemakers across the region joined the collaboration – including Jim Law of Linden, Luca Paschina of Barboursville, renowned sparkling winemaker Claude Thibault of Thibaut-Jannison , Jennifer and Chris Blosser at Breaux, David and Ellen King of King Family, Jon and Mills Wehner from Chatham Estate, Rutger de Vink from RdV, Jeff White from Glen Manor and Christine and Nathan Vrooman from Ankida Ridge.


Virginia has the potential to be among the leading wine regions of the world, a fact affirmed by renowned taster and British wine critic Steven Spurrier at the first Virginia Wine Summit in October 2012. Wines have been cultivated in the region for nearly four centuries, beginning with the English settlement at Jamestown in 1619. Yet only recently have Virginia wines gained notice and acclaim on the international scene. Virginia vintners are convincing discriminating connoisseurs that their wines show the Old World concept of terroir with a New World twist. As a New World region, Virginia winemakers do not have to be shackled or derailed by habits or regulations of the past but have the freedom to innovate and experiment.

Some of the simplest questions about wine are the hardest to answer. How do you measure wine (and grape) quality, for example, which leads us to ask the same of terroir. The commonly accepted industry definition of terroir is the sum total of the vine, varietal, site, soil and drainage, climate, and cultivation practices of a given vintner and their appellation.

In cases where the right grape is cultivated in its ideal milieu, and a classic style (or styles) to express that grape is developed by the local vintners, we don’t particularly care how it is that terroir works, we’re just content to enjoy it. My personal definition of terroir is the same one given by a Supreme Court justice when asked by the attorney for the defense in one case, how he would define pornography. “I can’t define it,” answered the justice famously, “but I know it when I see it.”

Late in 2012, the Middleburg Virginia AVA in the northern Piedmont of Loudoun and Fauquier counties was added to the existing AVAs for Virginia, bringing the total to seven. Two are in the Chesapeake Bay area (Eastern Shore of Virginia and Northern Neck George Washington Birthplace [sic]); the largest is the Shenandoah Valley (not to be confused with the AVA of the same name in the Sierra Foothills of California); the most significant one for both regional branding and wine quality to this point has been the Monticello AVA of Central Virginia; and the final two in the Blue Ridge Highlands region south of Roanoke (North Fork of Roanoke and Rocky Knob) are small and insignificant.


As I wrote in Beyond Jefferson’s Vines (2012, Sterling Epicure), wines of the Monticello AVA have had the most acknowledgment for wines of high quality also located in a Virginia AVA, meaning numbers of top medals won in national and international competitions over a decade or more. This AVA is neither two large nor small, encompassing most of Greene, Albemarle and Nelson counties with the city of Charlottesville and the eponymous edifice of third President Thomas Jefferson in the center.

This region is located in the upper Piedmont between the Blue Ridge Mountains to the west and the Southwestern Mountain to the east. Complex, well-drained soils with plenty of red Virginia clay predominate, and the warm Virginia summers can usually ripen late varieties like Petit Verdot and Norton in most vintages. In warm vintages, wines are rich and ripe but can sometimes can lack acidity and nerve. Any commercial grape variety in the state does well here but perhaps with more depth and palate weight. 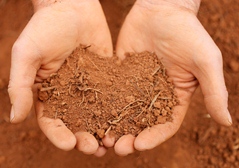 The sandy loam soils of the Eastern Shore and the Northern Neck seem to produce wines most well-defined by fresh, forward, bright and lively fruit. Chardonnay, Pinot Grigio and Merlot are strong, though some wineries (especially Ingleside Vineyards) are finding Petit Verdot is surprisingly strong here with a lot of depth and complexity. Blind tasting wines on texture and balance, you’d be tempted to name Bordeaux, which is not surprising considering the Atlantic location and similar soils (as well as a cooling maritime influence in summer).

The newly defined Middleburg AVA in the northern Piedmont of Fauquier and Loudoun counties enable the wineries in that area to give the Monticello AVA a challenge for bragging rights as the state’s leading AVA. Located in a similar northeastern band from the Blue Ridge Mountains, there are important differences with Monticello. Soils are poorer and thinner, with less heavy clay as a rule. Although the whole state is in the climate zone 4 “mixed humid”, there is a north-south climate division between the new Middleburg AVA and the Monticello AVA that can consistently tasted in wines from these regions. Wines from Middleburg are less lush and forward in the fruit, with higher acidity. Many of the best white wines in Virginia can be found here, but increasingly the red wines with their fine-knit fruit and acidity, have come to challenge those of Monticello.


The Shenandoah Valley is a “sleeper” region for Virginia, and is the state’s largest AVA, being the watershed that drains into the various tributaries of the North and South Forks of the Shenandoah River between the Blue Ridge Mountains in the east and the Alleghenies to the west. Soils are limestone-dominated, and as importantly, the Blue Ridge Mountains block some of the high humidity found on the eastern side, resulting in cooler and drier growing conditions. Whites have consistently bright and fresh acidity compared to wines from warmer regions to the east, and the cool climate classics like Riesling, Chardonnay, Cabernet Franc and even Pinot Noir show a fine balance of bright fruit and crisp acidity. The crisp, fruity red French hybrid Chambourcin here is the best in the state, and a few wineries are making consistently and surprisingly good Pinot Noir, while a few mavericks are showing that Rhone varieties can also perform well here. Even the normally heavy Vidal Blanc can be racy and Riesling-like in cool vintages here.

We have the climate, the land and the expertise after 40 years to produce truly beautiful bottles of wine that exhibit subtle difference in terroir across the AVAs of the state. Virginia is in a unique climate zone, able to ripen red Bordeaux varieties but also able to make fresh, Burgundian-style chardonnays, and with a consistent reputation for world-class viognier, unlike most other regions in the United States. This bodes well for the future of Virginia wine if we can adopt the best of what has come before us, and learn to innovate in ways that make the most sense for this special region. Our winemakers are willing to take this charge, adapt, discover and experiment bringing out the quality in each bottle.